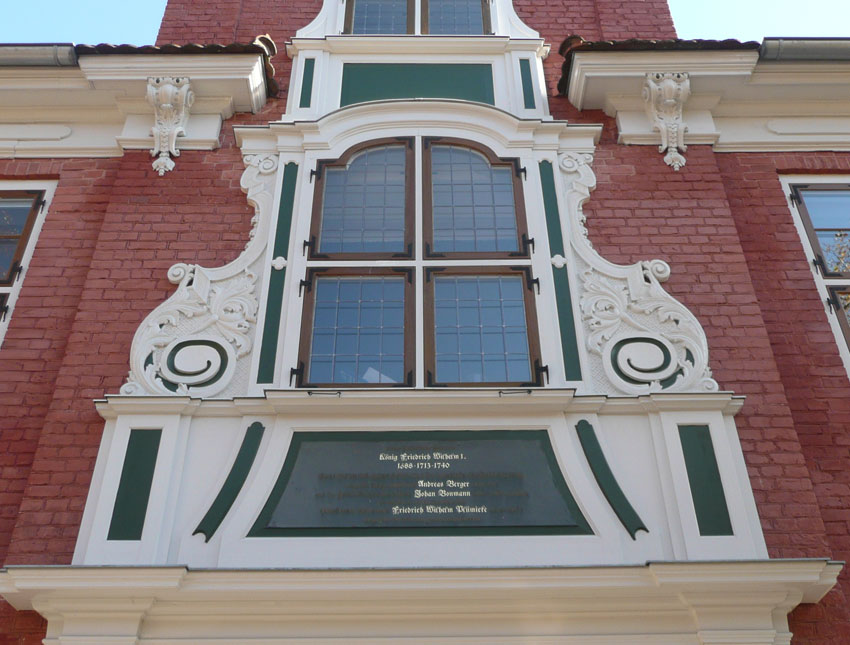 Construction of the quarter began around 1735 under the supervision of Jan Boumann. The building ground proved to be difficult and so wooden stakes had to be driven into the swampy ground in order to build the houses on it. Intended for Dutch craftsmen, however, these houses were used by French and German craftsmen, as well as by soldiers who were stationed in Potsdam. The Dutch Quarter got its original shape in the second half of the 18th century. After the Second World War, which the Dutch Quarter survived almost unscathed, the GDR began to decline steadily due to a lack of material. Despite the use of the property by the residents at the time, the decay of the quarter could not be stopped. In 1973 four houses were reconstructed in their original state. Today the quarter shines in a new splendor thanks to generous donations and tax breaks. Numerous individual retail shops and factories, both restaurants and bars can be found in this quarter.